X
Back to the top

5 years ago1 year ago

When we first made the decision to move forward beyond our home creative practices and turn Lost Oscillation into a public facing studio, I decided it was time to heavily invest into outboard studio hardware. However, It soon became clear that to do this properly – a large budget was needed. At this point, I realised that there might be a way to achieve this more affordably, by building our own hardware. I have been practicing as a professional electronics technician (DAVE CARES & REPAIRS) on the side of studio work for some time, so the idea of building audio hardware didn’t seem too far out of reach.

There’s a huge community of people doing this, and as a result, many sites on the internet exist to make the task much less daunting.  At this point I’d like to shout out to a few specific sites who do this – HAIRBALL AUDIO | MNATS | MASON AUDIO.

I wanted my build to be personal, so I didn’t opt for buying a full DIY kit from Hairball. Instead, I bought the most hard to source parts from them, such as the metal chassis, the output/power transformers, the push buttons & the VU meter. They have put a great deal of effort into replicating the original parts used in the device, so it seemed like the logical choice. As for the electronic components, I downloaded mnats’ BOM (bill of materials) and hand-picked components myself from mouser.com based on their sonic properties, this simply involved a great deal of googling and seeking out expert opinions.

A week of tiresome building later and my compressor was finished – we use it on a lot of records and it sounds amazing. It immediately colours anything with rich, imperfect analog character.

Since finishing this, I have moved on to building another two 1176s, this time the blackface rev d. I’m also building an LO-u87 (Neumann u87 Microphone Clone).

Below are a series of photos of the LO-1176a, demonstrating the device as it was built, and the final product. 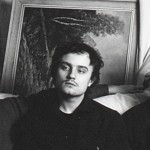 Dave is a studio engineer - specialising in production, mixing & mastering. He also builds & repairs audio equipment/electronics professionally on-site. Many of his creations are utilised in our studio - such as our beloved LO-1176a compressor and LO-87 condenser microphone.

View all posts by Dave Lloyd   →

4 years ago1 year ago

6 years ago1 year ago